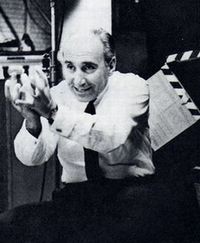 We have seen examples of simplicity, demonstration and humor in commercials.
There is another way, and perhaps the most important way, of reaching the viewer.
That is through the emotions. For this, we have to set the mood.
Try to tug at his heartstrings and maybe he will open his pocketbook.

(Men who are playing poker spend and are eating the cracker jack. The box empties before only a man to whom comic actor's Jack Gilford impersonates it eats. Jack plays poker and turns the table upside down as soon as it is laughed by everyone. )

announcer"While all turning only one box cracker jack---When saying very much. All, and it is especially happily and [ranakuccha] in the middle of the game." 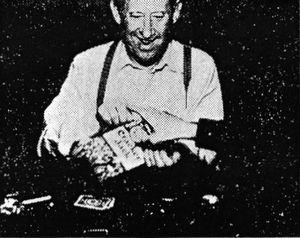