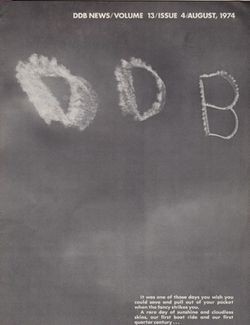 That was the title of the official opening of Advertising Age's 17th annual Creative Workshop. And more than 400 people were in the audience of the Americana Hotel for the presentation of what Ad Age termed "25 years of creative advertising activities that are credited with changing the face and character of advertising. "

The evidence was plentiful. Bob Gage and Bob Levenson presented slides of 31 breakthrough from-then-to-now ads, plus a reel of 44 commercials, many of them classics or on their way to being.
Then there was the tribute from two of the graduates-Len Sirowitz and Ron Rosenfeld, in effect representing the many agencies that grew out of the Bernbach school of advertising. And as Sirowitz noted, "more than one out of every three Hall of Fame writers are from the Bernbach school-an incredible tribute to his ability to pick talent and then teach and teach and teach."

From the client side there was Stanford Calderwood, who for many years was one of the top men at Polaroid. At the time Polaroid chose DDB to be its agency, it had advertised for five years.
Nobody remembered the advertising and very few remembered the name of the company. After five years of DDB advertising, said Calderwood, "we had the confidence to run a full page ad in Life magazine for $20,000 that had no copy, no product name-just a picture."

Bernbach was introduced by his founding partners, Ned Doyle and Mac Dane. The crowd rose in a standing ovation.
Said Bernbach, "I had a philosophy, a point of view, and it was the right time to have a fresh point of view. But I shouldn't be getting all this credit... I had, and still have, a lot of home run hitters. " 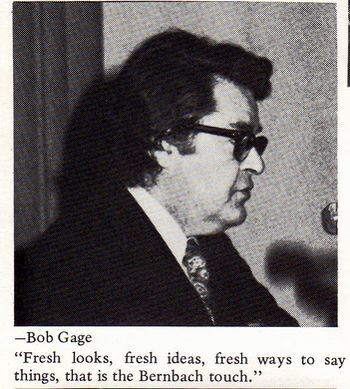 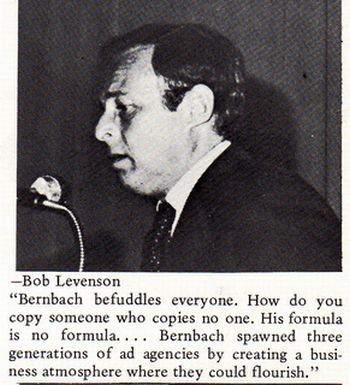 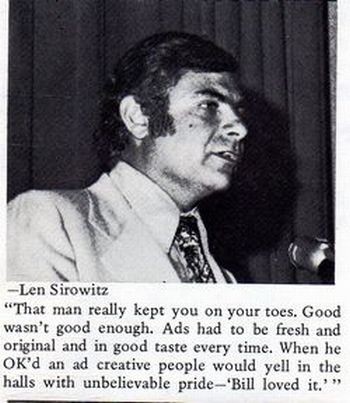 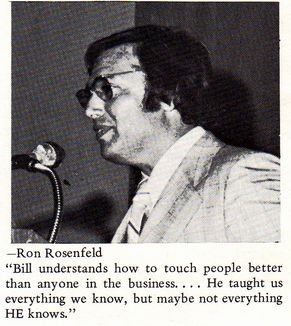