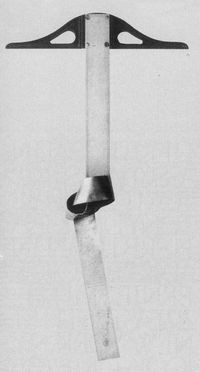 chuukyuu At present what are you concerned about most? Whatdraws your interest most?

LUBALIN After 25 years in the business you concerned about that the fact you're getting older all the time. But that doesn't bother me too much because I think thalage is just a state of mind. So I feel right now I'm just starting. I've just finished my apprenticeship in this business and now I'm just beginning to do professional work.
I have quite a number of accounts in Europe. And I'm very interested in the international aspect of design. I want to do much more work for people abroad including Japan. I'm still waiting (or somebody to invite me over there. But I'm interested in designing in other country primarily because the audiences are so different from the American audience, each audience, each country has different background, different traditions, different audience and different appeal. I find, for instance, in Germany that I have to be much better designer than I have to be in the U.S. In the U.S. I have to be much better creative idea person than in Germany, because Germans don't understand ideas, they understand design.
Also there are interesting language things that happen. The American language as differentiated from English language. It is different. You can exploit ideas about the language. There are all kinds of idiomatic expressions that come from the fact that there are so many kinds of ethnic groups in the U.S. that our language has become very colorful. And you can draw on the color of this language to create great ideas with words. In other countries, you can't, in Germany you can't and in Scandinavian countries you can't, in France you can't, in Italy you can a little bit more. Their language is a little freer than in other countries.
So it's interesting to go to these countries and design for their people and meet the challenges that are set up under all these new condition. Besides that it's about time I've got to see the world.

chuukyuu Who are your favorite musicians? 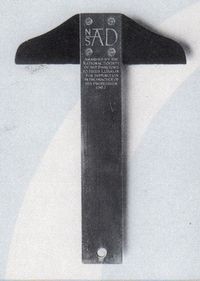 LUBALIN My favorite musicians are Johann Sebastian Bach and the whole Renaissance and baroque periods of music. In fact, I am a recorder player. I've been playing for about 15 years and I'm very much enthralled with baroque music, especially Bach and at the same time I find almost as appealing the Beatles and the whole pop and rock'n' roll movement that I hear today. And of course American jazz has always been something, I've been very concerned with.

chuukyuu Is the type of company such as yours quite common in the United States?

LUBALIN No, it is very uncommon. Most designers and art directors have gravitated towards the advertising business.
And so there are very few independent design firms left. Of those independent design firms there are none, I think other than myself, who specialize in nothing. We create anything from the U.S. Postage stamp to 60 storied architectural structure. I think in the art business there are justa few like Saul Bass, Will Burtin, Chermayeff, Goldshall and a few others and that's about it. There are of the design firms that have a personal kind of quality. Then ofcourse there are big design companies like Lippincott and Margoles, Raymond Loewy, various others who have kind of lost their identity in this big business jungle that they are involved in. I don't have much respect for them, as design companies.

chuukyuu We believe that you started this organization ofyours out ofyour desire to obtain freedom ofchoosing jobs you really would like to do. Do you still fully enjoy the freedom?

LUBALIN I would say pretty much so. We are very selective about the clients that we work with. And since we don't want to grow too big, we have to cut down to the small number of clients we now have. So if we have any troubles with.c1ients, a new one comes in, and we replace them. And I think slowly we're getting to the point where we're only doing the kind of work that we really like to do. There were times of course, when you have to do things that you don't like to do. But I think over the years we're beginning to eliminate that aspect of our business.
(fin.)

interviewed in 1969
<<An Interview with Mr. Herb Lubalin INDEX 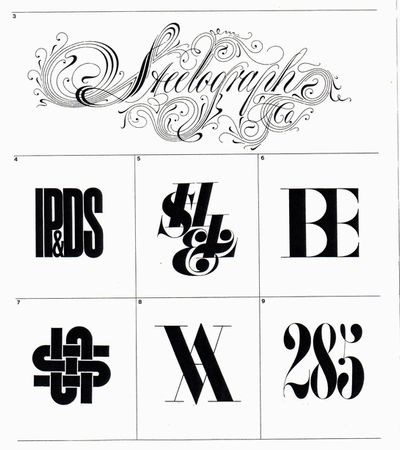 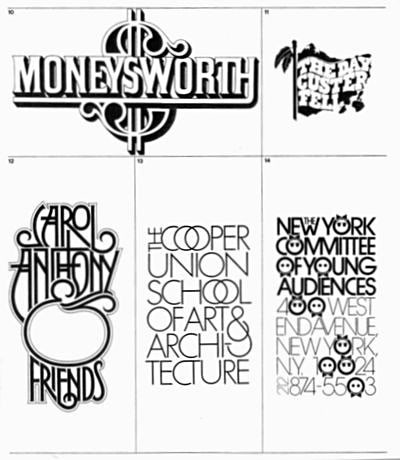 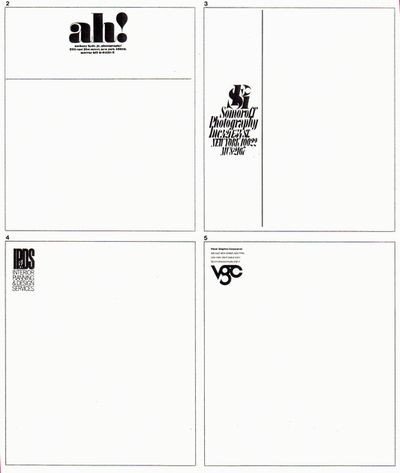 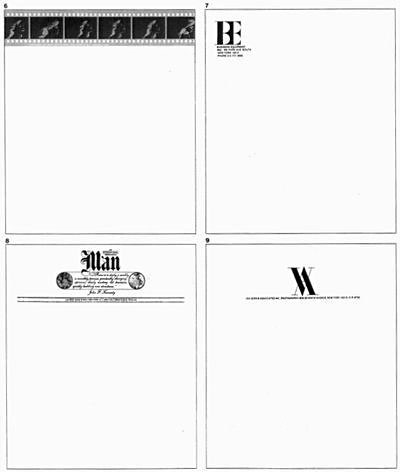 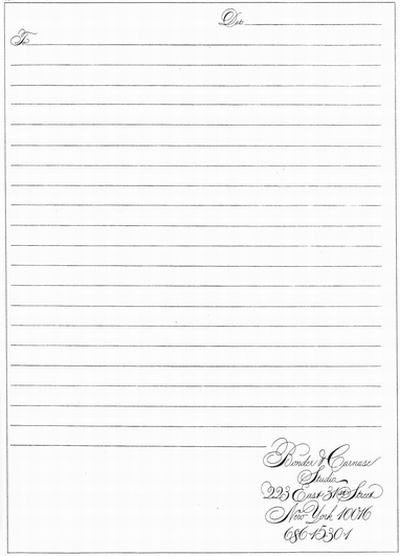