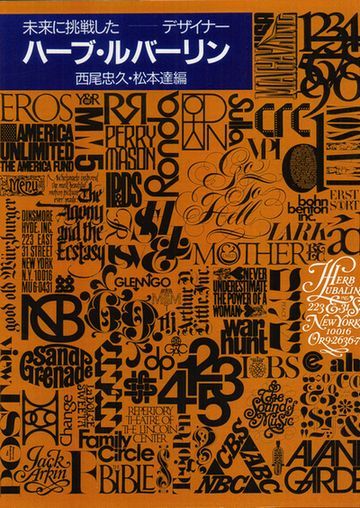 chuukyuu Now we would like to proceed to asking questions about yourself. Where and when were you born? What was your father's business? How many brothers and sisters do you have?

LUBALIN I was born in New York city. My father was a very fine musician who played with New York Philharmonic Orchestra. I have a twin brother and a sister.

chuukyuu Please tell us some of your boyhood episodes. 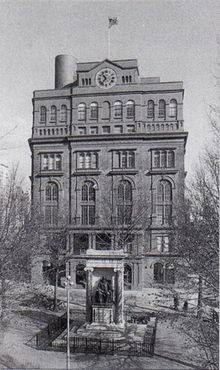 LUBALIN The only one I can remember is when I went to college at Cooper Union. I had no talent at all and they almost threw me out of school because I was so bad the first couple of years. I happened to be ambidextrous, I can work with both hands. We were given a problem at school to do a book in calligraphy. Calligraphy is a hand writing that must be done with the right hand because of the angle of the pen. Everybody in school thought that I was left handed because I drew with my left hand and I always used my left hand. So when they gave us the assignment, the teachers said to me,
"I know this puts you under a tremendous handicap because you are left-handed and you must do this with your right hand. You'll have to learn to use your right hand."
I did not bother to tell him that I do all my writing with my right hand. Since calligraphy is really hand writing, I found the job very easy. When I completed it I got the highest mark in the class, not because I was the best but because the teacher felt that I had overcome this great handicap and I'd done this job with my right hand. I guess this gave me some confidence because from that time on I did very well.
It wasn't until about four years ago when I received a medal for professional achievement from Cooper Union and I had to give a speech that I told them that I had cheated my way into the art profession.
That's the only one I can remember of any significance.

chuukyuu What were the direct and indirect motives that made you pursue the career of designer?

LUBALIN When I was ready to go to college, my father wanted me to be a doctor, my mother wanted me to be a lawyer and I didn't want to be anything particular. We had no money and I had to find a free college to go to. So I tried City College in New York but I didn't make it because my high school marks were not sufficiently high and I tried Brooklyn College but I was rejected. I was sort of stuck for a free school to go to till I heard about the Cooper Union which is an art school. Although I did fairly well in my high school art classes, I never had any intention of pursuing an art career. But I decided to take the examination at Cooper Union just because it was free. And I passed. I guess that was the motivation that got me into this business.
When I got out of school, all of my competitor was in the army. I had gotten married very young and had a couple of children so they did not take me in the army. And so here I was designing while all the other designers were over in Europe. So that gave me a little lee way that pushed me a little bit ahead of some of the other people.

chuukyuu If you were not what you are today, what other field of work do you think would have chosen?

LUBALIN If I were not designing today, I would probably either be an owner of small antique shop, or a ships hardware store or a kosher delicatessen. These are my three second loves. Or I probably would have become a very poor musician.

chuukyuu What did you get out of Cooper Union?

LUBALIN At Cooper Union I met a number of people who I'm still involved with today, one of them is my wife who was in my class. Another one was Louis Dorfsman of CBS who married his wife who was in his class and after 25 years we are still very good friends and still have very close association.
I have already said what kind of student I was. First two years I was about the worst in the school. In the second two years I was about the best in the school. Maybe my wife had something to do with it. Maybe she provided the inspiration.
What I learned there was to become a designer more than anything else. Cooper Union did not particularly stress technique.
They were more interested in thinking and creating ideas and design. So when I got out, I had an advantage over other designers because although I was technically very bad, I was able to think out problems and find creative solutions faster than most others.

chuukyuu What is your philosophy on the way design education should be?

LUBALIN Gee, that is a tough question to answer. It would take two hours just to answer. I think one of the most important things for young designers in school to be aware of is that they have a brain and that they have two eyes and ears and that they should take advantage of these things. I think, for instance, that observation is one of the most important things. You have to look at things and you have not to forget them, but to store them up in your brain which is like a bank of knowledge. When you get out of school, the most important thing is to be able to draw on that bank of observation that you have collected.
I find that today in schools in the U.S. the kids learn to design very well and they learn all the techniques but they don't learn to observe and they don't learn to think. There is very little substance behind the young designers today. Although they are better designers, they don't have the depth of background that we had when we got out of school.
I think that art school student should make themselves aware of the leading people in the field and they should swipe. They should copy everybody until they understand why they are copying. And as they begin to understand they will find their own particular way of doing things.

chuukyuu How and when did you come to know Mr. Louis Dorfsman? 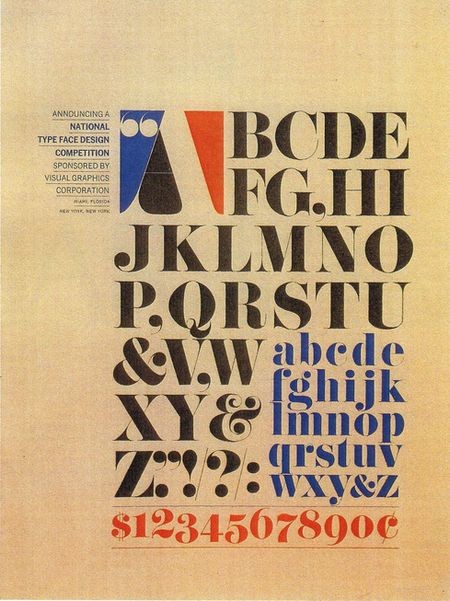 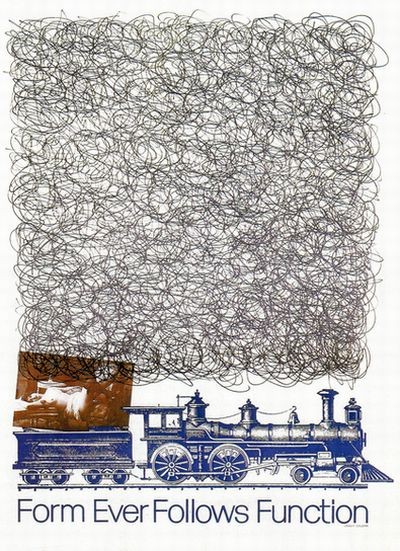 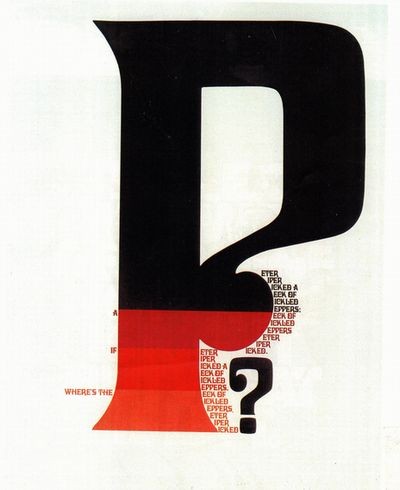 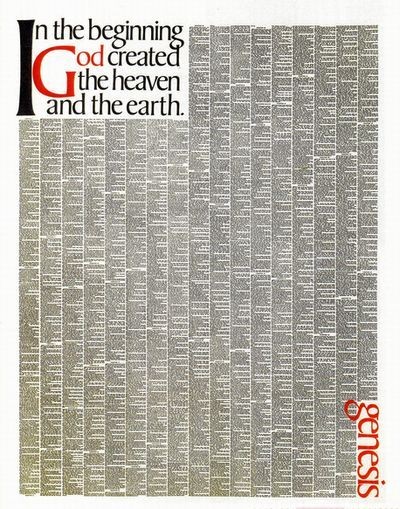