In thinking about trends in photography I've come to feel very deeply that any trend is inherently a movementaway from freshness.
The very fact that a trend exists means that we have substituted tchnique for original thinking.
When Irving Penn captured a mood for .a picture by using a soft focus background which was "cnstom made" for the problem, why, for years after, must so many art directors and photographers buy and create soft focus pictures whether or not they relate to and help solve the aales and communication problem? When this happens the message is being wagged by the technique.

Perhaps such imitation of technique is subconscious. Perhaps deliberate.
But it results in superficial communication.
It produces the kind of advertising about which you might say, "Wasn't that a terrific shot ... what were they selling?"

Why are so many creative men guilty of perpetuating trends in this way?
Perhaps they are driven by too strong a desire to be hep, to be with it. Perhaps they live in insecurity and fear that the minute anyone notices they are old-hat, they are through.
There seems to be an urgency to prove one's contemporariness, right up to the minute, on every job.

There is almost a feeling that if the same solution were used as worked before that the creative man has slipped or at least become superfluous. Therefore, "ride the latest switch." From soft focus to sharp, whatever is hot regardless of thespecifie client or audience or produet or message.

Of course not every AD and photograher is guilty. But too many are. "And what's wrong with it?" some art director ask.
"Isn't being up-to-the minute smart?"

The way to be really up to the minute is by being original, not imitative. Trend-riding is bad because it makes for saments where you seek distinction and individuality. It frequently introduces dlements irrelevant to the bacic problem, thus clouding thinking and communicating.
The resultant gimmick, the trick angle, the soft foucus, the wooded scence, the chair on the mountain top or the sofa on Fifth Avenue, the set of China on the beach become contrived situation which often are not only irrelevant to the ad's main point but ohscure, the primary ptessage by drawing attention to themselves. Such over-effective photographic devices upstage the product.

We believe that greatness in advertising photography comes from the way the picture interprets the function of the ad; not from its technique or execution.

We have a definite procedure to assure that the picture derives from the ad problem. It keeps the picture from being merely a stopper or a background piece. The picture becomes the heart of the message. If it becomes great, it does so in context with the whole ad.
Often, by itself, such a picture may be quite ordinary. Consider, for example, the stock photo of the Atlantic Ocean used for the prize-winning EI-Al Airlines ad last year. 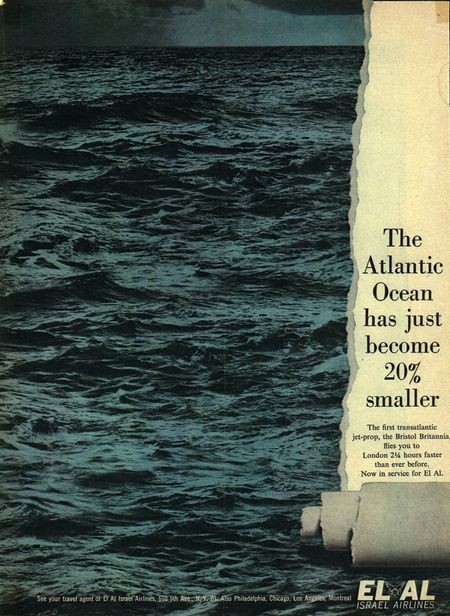 The account executive brings the advertising problem to the creative department. The' art director and the copywriter are given the problem at the same time. A gjve and take between them takes place.
When the session is over no one knows for sure who got the idea first. The AD may have thought of the headline and the copywriter
of a way of handling the picture. It doesn't matter.
But the starting point of this art-copy session is, "What does this ad require to put its message across?"

There are no preconceived feelings about format. We don't think in terms of soft focus, or even whether the ad will have a photograph at all.
Although this art-copy session is a required procedure, it is conducted informally.
In no way does it resemble a brainstorming or group-think effort.
There are only two highly creative individals involved---the art director and the copy writer, working together quietly.
There is no outpourin of a volume of ideas regardless of merit
The exch ange of thoughts specifically relates to the problem.
There is critical evaluation and modification of view-point.

The end result is anadvertising idea based on the merchandise or service problem.
After the idea has been a proved by the account executive the creative people then start writing copy, making formal layouts, thinking of photographs.


In choosing the photograph we generally avoid the arty. We feel it is over the head and outside the spirit of the average reader in our audience. We neither studiously follow nor go out of our way to avoid any so-called trend.

But we do avoid gimmicks unless they meet the heart of the problem. As Bob Gage once said, "The only time we will ever stand a man on his head is if we are selling trousers which feature pockets from which coins can't fall out."

Our criteria in choosing the picture is how well it powers the concept of the ad as developed by the art-copy conference.
As a case in point, look at some of the recent El-Al & Ohrbachs ads. 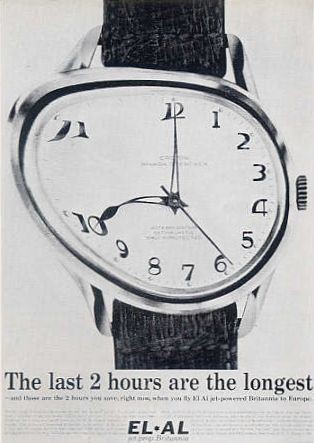 In each campaign the photography, the art, the layout treatment is custommade for each message problem. Is this series less a campaign for the variety of its parts?

If this year's trends include such things as soft focus pictures and mountain streams, it also includes some return to photo-journalism in advertising illustration.
This may be due to the inherent honesty and believability of the journalistic shot. And it may be a reaction from the phoniness of the artificial people and irrelevant setting and situation that have made a fantasy world of advertising photography.

Perhaps photo-journalism is more honest, but it is no more the solution to every problem than the fantasy picture.
Today's trends, then, are wrong just because they are trends. Just because they imply imitation instead of creativity, irrelevancy to problem, superficiality. 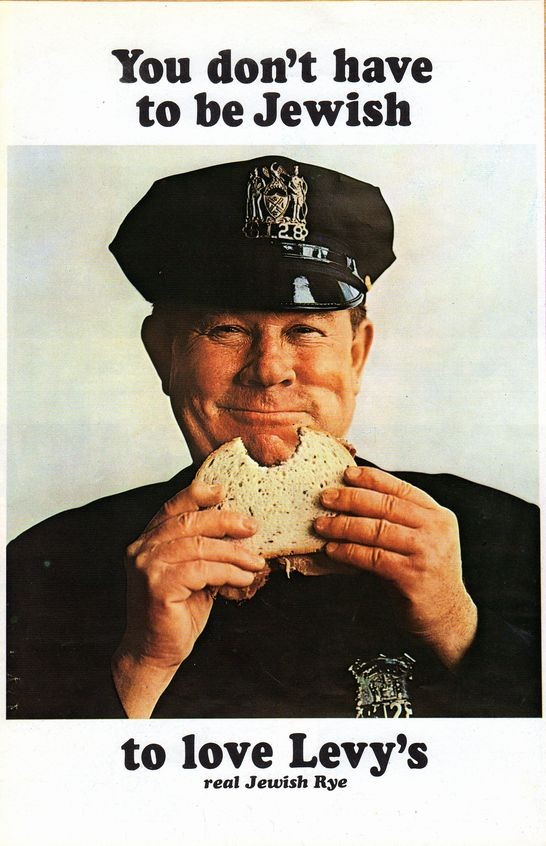 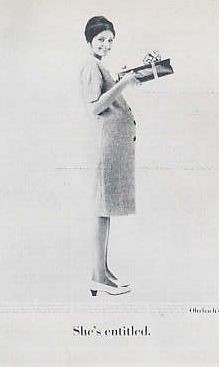 But perhaps the best trend would be toward no trend, toward each ad solving its own problem. Toward a campaign at-a-time basis with creative blinders that prevent consideration of what visual techniques mayor may not be popular at the moment, permitting full concentration of creativity on getting the ideal across.