Today's contents put English in the top for the creator in the sphere in English.
Three founders of established DDB in 1949 talk about the 20 years. The hand is the Mr. Bill Bernbach． 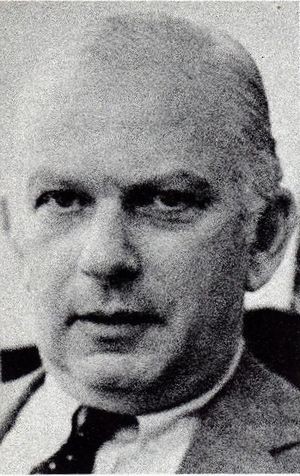 A Conversation
with
Bill Bernbach

INTERVIEWER: Since DDS became successful, many other agencies have started, almost invariably as creative agencies, and almost invariably with two or more creative people as the principals.
Have you ever thought what might have happened if you'd started that way 20 years ago?

BERNBACH: I had a tremendous advantage in having with me partners who do what I don't do well. I think we would have
been a bankrupt agency ... possibly creatively successful, but certainly a bankrupt agency if I had been running it myself or had as a partner another creative person.
Mac Dane and Ned Doyle kept us on the right road financially.
They kept us in line and that helped our creative work be effective.
I've always felt fortunate that I was released to think purely in terms of the work itself; that I had as my partners men who gave me a completely free hand to run my end of the business.
I was able to develop a philosophy of advertising that was never bastardized and therefore had a certain purity and effectiveness.

INTERVIEWER: Would you say that philosophy has remained the same over the past 20 years?

BERNBACH: Yes. The philosophy has remained the same.
T'1e techniques of implementing that philosophy change.
You ways have to work in the idiom of the times in which you live.

BERNBACH: It's really quite simple. There are two parts to it.
The first part is to find something important to say about your product.
Search very, very hard for a point of superiority and difference in your product as against competition.
If it doesn't exist, work with your client to make it exist.
We've done this a good many times.
One of the great writers said, "You say something better -if.you have something to say." And we always look for something to say.
Now, whereas at the time we started most agencies felt that once they'd found something to say they'd done their job, our point of difference was the belief that at this stage your work was only beginning.
So the second part of our philosophy of advertising is that, having found something better to say, it is more than worthwhile to say it memorably and artfully and persuasively so that it is remembered and acted upon. We look for a way to say it in an original, fresh and imaginative way.
As soon as you say it in a way that has been said before, you reduce your impact.
We came into this business with that philosophy.
It was more than a philosophy-it was a deep conviction.
And it was DDB, I believe, that brought the full meaning of disciplined artistry into advertising.

Artistry is, of course, a very difficult thing to measure.
It's an intangible thing.
But we had the job of convincing business selling them the idea-that this unmeasurable, intangible thing could give them maximum impact for their dollar.
Perhaps it is becoming very much more tangible and measurable.
We're preparing an ad now on the fact that of the 400 best read ads of 1968, as tested by Starch, DDB produced more than any other single agency, and in more categories of merchandise.
We're not talking about awards now-these are the best-read ads of the year.
So what is more practical than the artistry that makes memorable the message to the consumer?

BERNBACH: It's quite obvious.
When you take a flower and transplant it to another soil, it doesn't grow in the same way.
A person's work is the result of what he is and what his environment is.
Our environment is not the same as any other environment.
There are many factors involved: our relationship with our creative people, the way we present their work to the client, what I might say to a client to get him to understand our creative philosophy and therefore make him more ready to accept it, my own personal relationships with our creative people, our help in disciplining them in terms of using their own great talents most effectively.
What they get someplace else may be just as good, but it can't be exactly what they get here. I'm not saying they will perform more poorly someplace else, but I don't think they'll perform in the same way.
If, for example, an agency has a different point of view than ours about its relationship with its clients, it can't have the same relationship that we have with our copywriters. Now we don't say a copywriter is right just because he's a copywriter.
What we attempt to do is back creative people when we think they're right, and discuss the thing with them when we think they're wrong.

INTERVIEWER: There were many Cassandras who precluded that creativity could not survive the kind of growth DDB has had.

BERNBACH: It's not a matter of bigness.
Of course it's more difficult when you're big.
Because what happens with employees is a result of the relationship of management with them, and naturally the more employees there are, the more difficult it is to have a strong personal relationship with them.
That's true.
But if the right people are there, if the management continues to have a deep interest in that's what counts-not the bigness.
I refer you to the awards this year.
We were number one in the ANDY awards, number one in the AlGA awards, we are number one in the Starch study. It's amazing after 20 years that this still happens.
So, to coin a phrase, perhaps we're doing something right.

BERNBACH: I don't. There are some people in our agency right now who are giants creatively, and they were not giants in the beginning.
Some of, our great ones took one or two or more years for it to happen.
But when it's in them-and we choose them with great care-and they are kept after, and worked, with, and exposed to our point of view, it's going to happen.
It's a very thrilling experience for me to see one day-and it happens like that, in one day-that suddenly, the man has it.
I know that art directors have it when they stop thinking of how good the ad looks and start thinking of how good the ad is as an ad-how convincing it is, how persuasive it is-when they worry about the copy as well as their graphics.
Time and time again a year goes by, perhaps more, and you wonder if a person will ever make it.
Then one day he comes in to you with a campaign, and you say, okay, he's arrived, it's there.
The proportion of people to whom this happens is high enough for us to feel that we're doing the right thing in taking people and building them, instead of looking for people who have already arrived, as so many other agencies do.

INTERVIEWER: Recently a British advertising man was quoted in a British trade journal as saying he had visited a number of American agencies, and that none had a personality except DDB. He added that when you walk around DDB talking to people at random, it was as though one man was talking.
His words were, "Bernbach has so brainwashed his people" that they speak with "one voice." Comment?

BERNBACH: I think "brainwash" is exactly the wrong word.
It would be terrible to have everybody do things the way you would want to do them.
People have their own particular talents.
I know some art directors in our shop who have as their basic skill a tremendous sense of humor.
One I have in mind has a great warmth and compassion for human beings that shows in his work.
Another has almost a mathematical crispness and sharpness and strength.
What I try to do with a creative person is to take the talent that is his-not mine, his-and if you really like and respect people you want them in their own image, not in yours-and then help to sharpen and discipline that natural gift to make it as effective as possible.
That's why our work here has such great range. That's why in the Starch study you will find us represented,in the most categories of merchandise-right across the board.
We don't do just snob ads, we don't do just short copy ads, or just long copy ads, or any particular style.
If you want to know what makes DDB ads, we have no formula.
We have no formula at all. The only common denominator in or ads is that each one has a fresh idea.
We present the story in a fresh and original way.
Now you can be fresh in many directions.
I have no rules for people.

I just want them to do who comes naturally to them, but to do it in an effective way.
So that they're doing their own thing, but they're doing it in a sharp and disciplined way to make it work.

BERNBACH: You embarrass me ....

BERNBACH: It's a great feeling, of course, that we built an agency that reached the heights this one has reached, and that's been successful as a business as well as creatively.
We've never divided the personality of the agency.
Right from the beginning, my partners and I agreed that we would always sell this agency on the basis that THE important function of an agency is to do great advertising, and that all the other functions should help that.
Doyle Dane Bernbach has, I think, as good or better a media department, marketing department, research department as (or than) any other agency in the business.
But we have never sold that.
We have sold only our ability to do good advertising.
Having better media, marketing, research departments has helped us do better creative work.
They provide the discipline for creative people.
They give the creative people the information and knowledge they need to leap intuitively into SOUND ideas.

Mr.D who one of the founders tomorrow ---A conversation with Ned Doyle.