chuukyuu; About the cover for Esquire magazine, is it a P.K.L.(Papert Koenig Lois)'s work or your own personal work?

I don't believe that any person should do freelance work. All his attention and all his ability or all his energy should be put to a job. I don't think person could do more than one thing perfectly, possibly. So it's almost against my own point of view, but what happened was, the men come from Esquire who wanted to talk to me, and I gave advise to them because I like the magazine very much and I think it very bright magazine. They talked to me and I criticized a lot of things of the magazine, especially their covers.

Because I thought the magazine wasn't good quality. And after begging me about a year and a hall, I finally said "I'd do I couple of covers just to show what the cover should be like." 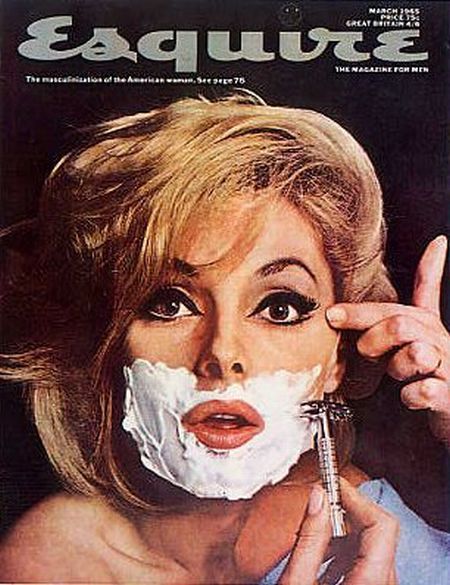 March 1965
The masculinization of the American woman.

I started them and I think I had so much fun doing them.
Actually they were not so easy to do because you have to delve into the stories and delve into what they try to do. My purpose was to try to circulate. I'd like to prove them a good cover and to sell more magazines, and do it brightly and inventively and add the affect of the magazines. I thought I could do editors, on the front cover. And I just did it for a fun. What happened was... I felt in love with doing them. And they won't le me stop. 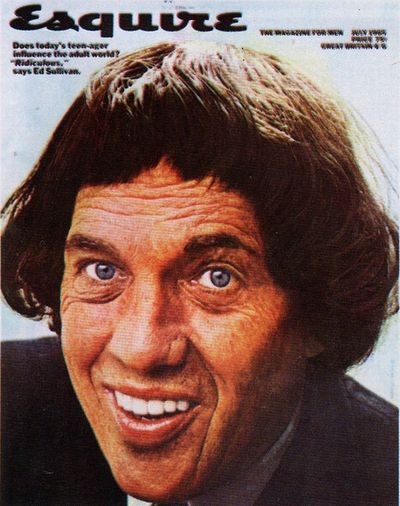 Actually I did a couple of them and they very cleverly made me continue doing them in their nice way. I get paid for them, I give all of the money to a Greek Orphanage Home and in Greece because I don't think I should be making money out of the agency. So I think that kind of I rational for me to continue doing them from the ethical point of view, although nobody cares.

And I think they are fun for me not that I have to do the experimental work because I can do I lot here. But I almost consider it experimental things because I just have a lot of fun with it. And I like doing them, I must admit. And if I stop doing them, I think that they'll kill me, you know. Because I like the guys very much and the managing editor.

chuukyuu: Do you think the method which put a comment in the front cover will be a main trend of cover design?

Mr.Lois: I would think there's a tremendous opportunity for other magazines to try, not just take a picture of a beautiful girl and put her in Vogue. I'm not knocking it but not just to take a picture of housewife and put her on McCall's. I'm not trying a magazine like Life. They have a news photo. That's a marvelous news photos. That's what they should do, absolutely. But the magazine, the situation, should involve saying something in the cover, whether it is sarcastic or whatever you want to do. I never understood why nobody's ever done it. I just can't believe it. I just can't understand it. Esquire has a kind of a magazine and a kind of a people by the name of Harold Hays who's the managing editor, who agrees with me, he just loves doing it, and a lot of people do because their circulation grows immediately after I started doing them. And I would think there is an opportunity. And other people have experiment with it and not run them. I know they all experiment and they never come up with something they really like because they are not that easy to do. It seemingly looks easy. But McCall's trying a thing like that unless it's very bright, it's pretty stupid. So they settle it mediocre, safe thing, a good-looking woman can't hurt. I don't think it helps magazine very much, you know. 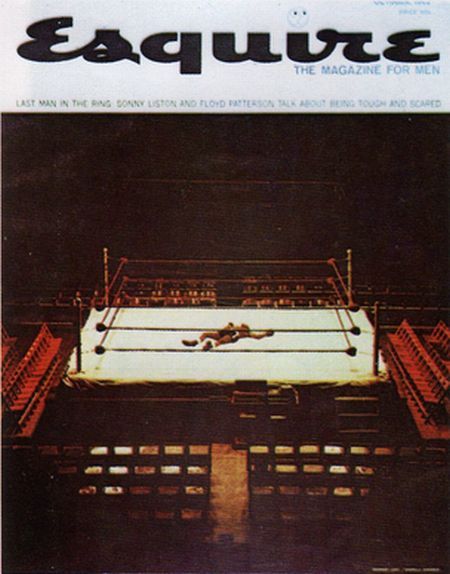