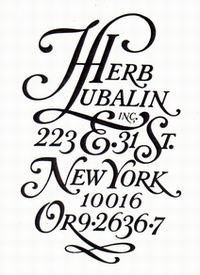 Let's change the subject.
Advertising in the U. S. A. is a fairly stupid business.
We have made it that way by underestimating the intelligence of the American people.
The bulk of our output is devised to appeal to the subteen-age mentality of that great big consuming monster which we have created.
Who's responsible?
Those of us who put absolute faith in antiquated, ineffective, stereotyped, outmoded, unreliable, unbelievable, valueless research methods such as copy testing.
Researchers, through an infinitesimal sampling of public opinion, presume to tell creative people how to design and write ads to impress the greatest number of potential customers. Something's wrong somewhere.
If recent statistics are any indication of the value of copy testing, we would all be well advised to spend our research money, researching successful art directors and copywriters, knowledgable creative people who have made their reputations, not by fancy words and pretty designs, but by creating intelligent advertising that appeals to a surprisingly intelligent audience.
(The American People.)
Here are some enlightening facts and figures.
８５％ of all advertising prepared in theU. S. is totally ignored.
Of the １５％ remaining, ３８％ is reacted to negatively.
Which leaves ７０％ of the remaining１５％ of all advertising which gets either a non-commital or favorable reaction.
So, who's stupid now?
The people who tell us how to make ads or the people who don't read them?
For the same reasons that advertising is generally dumb, it is also ugly.
And how dumb can we afford to be and not be beautiful?

If the answer to this were to be confined to statistics, the prognosis for the preponderence of mish-mash we call advertising would not be encouraging.

Here is what our un-sophisticated, nonaesthetic, non-intellectual, unintelligent audience is doing these days.
More people visit art museums than big league baseball games.
Twice as many go to concerts.
Ballet and opera are flourishing with more than 200 opera workshops for young people.
Radio has staged a cultural comeback.
New York City with 25 AM stations has no less than 45 FM stations, most catering to intellectual interests. 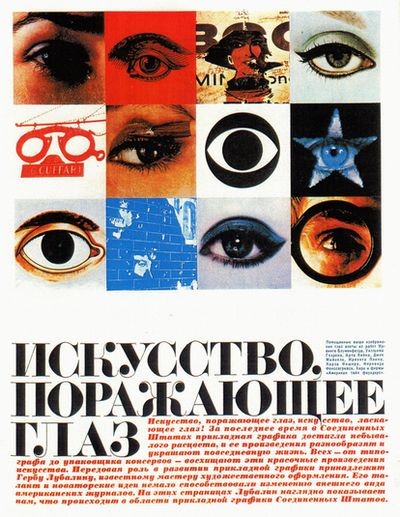 Commercial art galleries in New York City have increased in the last 20 years from 20 to 325 and Sears Roebuck, our big mass Mail-order outlet, of all people, is marketing fine art in quantity for from $ 200 to $ 300 a painting with 3 years to pay.
In spite of TV, Americans are reading more books. 750,000,000 paperbacks, have been sold since their introduction 25 years ago and libraries are accommodating twice as many card-carrying
readers than 10 years ago.
And who ever heard of a suburban housewife who isn't a painter? So, how dumb can we afford to be and not be beautiful?
And, for how long?
Stupidity fosters imitation. 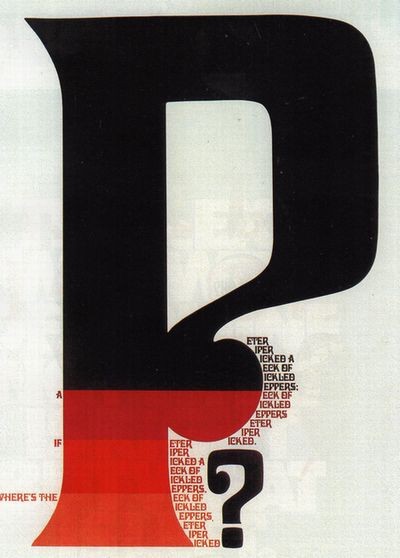 Imitation depletes initiative and individuality.
Let's talk for a moment about our "trendmakers."
Trends are not made b innovators. Innovators make prototypes that are imitated in such great
profusion that the imitations become a trend.
The advertising business, it seems to me, is made up of 1% innovation and 99% imitation.
The individuality of the innovator, sooner or later, becomes annonymous in this maze of imitation, which is perpetuated by men who find it easier to earn their livings off the
success of others than to create something original for themselves.
Imitation creates trends and trends hamper creative thinking.
They lull the people who follow them into a sense of false security.
It is only when the innovator again creates something new that they realize they've got to begin imitatingall over again. 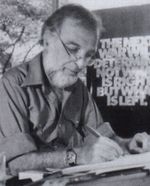