(Selected and annotated by Helmut Krone)

There used to be only one Hall of Fame in advertising-for copywriters. Now there's a new one for art directors.
A mong the first eight "conceptual giants" named for the honor is DDB's Bob Gage, the only one of the eight now working as an advertising AD. Here's how Helmut Krone introduced Bob at the Art Directors Club's 51st Annual Awards Presentation:

When I was a kid, art directors were measured mainly by how well they could indicate Bodoni Book with a chisel-point
pencil.
Bob Gage changed all that.
He invented modern advertising art direction as we know it today.
He insisted on working directry with the copywriter, contributed headlines and immediately set them in type.
Then he shot a rough photograph or found a "swipe" for the picture.
He cut out dummy body copy, pasted it in and that was his comp.
It started to catch on and the old-timers in the field began to call these new art directors "paste pot art
directors".

Well, Bob was the original paste pot art director.
He changed the field for all of us and now in TV he's his own director-cameraman and that's probably the next step for the rest of us again.
What's he like?
He's fast.
He does an enormous amount of work.
He is definitely not an executive type.
In fact, there is a sofa in his office that he uses as a filing cabinet and he claims no one has ever sat on it.
You don't have long meetings in Bob's office.

He'sd inventive and restless so he doesn't stay with anything very long.
He invents an effect or a graphic device and then he passes over it to the next thing.
He doesn't hang around to perfect it.
He moves on and there are those of us who have based careers on a single stage he's gone through.
I know that when I think I'm on to something new, I find that he's already been there.
He's healthy, nice and definitely not in need of a psychiatrist.
And it's amazing, especially to me, what he gets out of people just by being nice.

And what isn't he?
He isn't a squirrel.
He doesn't save anything-like proofs.
He admits to 14 Art Directors Club medals but in going through his drawers recently, looking for examples of his work for this show, I came across an A.D. medal he doesn't even know he has.
Here it is.
It says 1965.
It's been in the back of his drawer seven years.
"Here Bob, don't you think it's about time you took it home?" 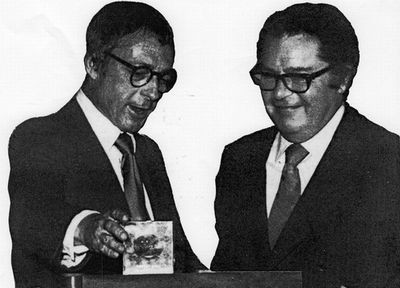 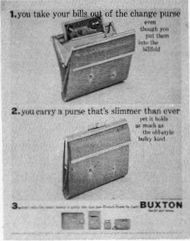 The first ads that capitalized on their environment such as the bus card "Stop the bus with your Wear-Right Gloves" (showing a gloved hand pulling the cord). 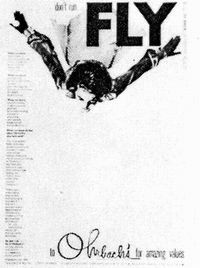 He "exploded the page". While Paul Rand's Ohrbach's layouts were concerned with the target principle and held to the center of the page, Gage's ads for this client were "explosions"
that froze the elements clinging to the edges, just before they are about to fly off the page, often leaving the center empty. The effect in the New Yark Times was startling. 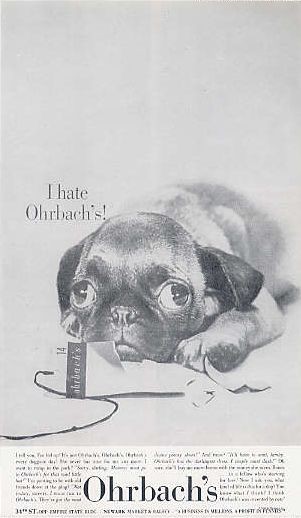 He makes type "talk" with an almost audible voice, whispering, screaming, smiling. You hear it in your head as you read it. 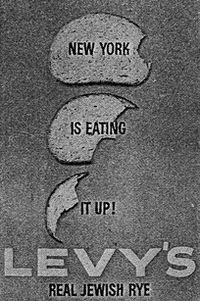 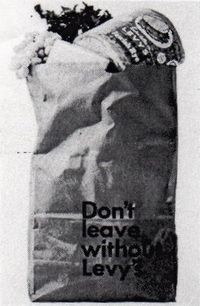 He invented what we now call "Pop Art". He proved a slice of bread or a shopping bag can be beautiful. 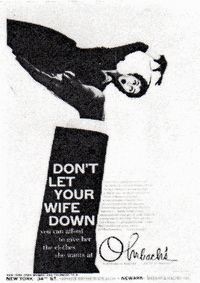 He discovered that photography can perform miracles. With his scissors he could balance a woman sideways on a man's hand like a watermelon, or make a baby grow bigger than the Empire State Building. 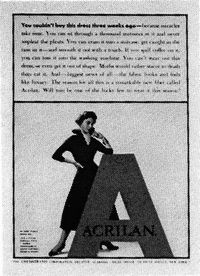