'If You Have a Better Product, It Costs Less to Sell It'

(DDB's annual stockholders' meeting was held at the Museum of Modern Art on February 24. President Joe Daly made the "state of the union" speech, which follows.) 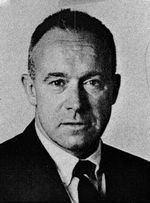 In reviewing 1969 and positioning 1970, I'd like to talk about two aspects of Doyle Dane Bernbach - profitability ... and product. This meeting here this morning, because it is a stockholders' meeting, is oriented to profit.
Your main concern, when you get right down to it, is how much money your company is going to make because that is going to be the final determination of -the price at which the stock is valued.
Doyle Dane Bernbach, on the other hand, is fundamentally oriented to product.
We exist primarily to turn out a better product, to do the kind of work that we are proud of, to do better advertising
for our clients. Certainly we are interested in profits, but only as they are a natural result of doing a better job. So you see, we believe that both orientations - profitability and product - in the end are the same.

To find out how our costs compare with those of other agencies, we have broken down our payroll expenditures and
compared them with the average of agencies billing over $90 million. We find that in the all-important areas which deal with product, those people directly concerned with the creation and production of our advertising, our salary costs are 15% higher than the average of other agencies.

Where then does the difference come? It comes simply from the fact that if you have a better product, it costs less to sell it and you don't need all the trimmings that sometimes are considered necessary to make up for deficiencies in the basic product.
DDB's general office and executive overhead is 45% lower than the average of the other major agencies. And we don't
need fancy offices to impress our clients. We let our work do that. Our rent and maintenance costs run 23% below those of our competitors. All of which goes right back to our basic philosophy - to do better work ... to turn out a better product.

Now what about our product? As we have noted, in 1969 our billings rose to $255 million and that billing represents an enormous amount of creative output.
How are we able to Keep up the standards of work that applied when we were much smaller?
The answer lies in our people and our philosophy, and the combination of the two. In the last few years we have had several of our better known people leave the agency for other work, but our product has kept up its high standards.
This is because their places have been taken by very bright younger stars - talented people - who wanted to work at DDB because of the opportunities that this agency uniquely offers to do outstanding advertising.

In a few minutes Bil Bernbach, who is the author of DDB' creative philosophy, will highlight some of our recent work for you. But right now I'd like to mention some of the noteworthy results that this DDB product has helped to produce for our clients.

Perhaps the most talked-about advertising over the last few years has been that done by DDB for Volkswagen and by other agencies for Alka-Seltzer.
We are delighted to continue our campaign for Volkswagen and to note that their U.S. sales in the last quarter of 1969 constituted a new high for them and to see this same trend continuing; into 1970.

At the same time, we are more than pleased to be doing the Alka-Seltzer work ourselves since the first of November. Here was perhaps one of our most critical creative challenges - we were not taking over a sick account - we were not following back advertising. And yet DDB's new advertising for Alka-Seltzer has already sparked new heights-of recognition.

For the last few years DDB has not had a beer account. Where we took on the Stroh beer account last spring in four middle
western states, DDB's performance was sure to undergo intense scrutiny. How would we fare with a regional brand in this tough competitive market? Since April 1, when our ads went on stream, our client has realized a 20% sales gain in face of heavy competition from the national beer brands. And the Stroh family is perfectly willing to attribute the significant part of this increase to DDB's advertising.

Sara Lee has been a great product with a great reputation among consumers everywhere for quite a few years now. But its sales were on a plateau till 1968 when DDS started advertising for it.
We are pleased to see a better than 20% sales' increase in 1969 over 1968 and a continuing upsurge as the months go by.
And so it goes for client after client. As our advertising product works for them, their sales go up ... and as their sales go up, so do DDB billings.

For 1970 we are projecting increased billing and increased profitability. At this point we would be reluctant to publicly state any numbers because, as we all recognize, the' economic situation that confronts our clients is not particularly predictable.
But we are operating at a higher level of billing than in the past and we are doing it with fewer people than we employed in 1968.
We have taken a hard look at our accounts from a strictly business point of view and we have phased out those relationships where we could not make a reasonable profit. Our staff today is totally professional.
Any fat or deadwood has been eliminated.
We find it better, not only for the bottom line, but better for internal morale, to run a business where everybody works and everybody contributes.

The future holds many bright opportunities for DDB and the bright young stars to help us realize them are even now working with in the agency. Just last week we announced a new creative head for the agency, Bob Levenson, and we are pleased to submit his name to you today as the newest member of our Board. Bob is 40. He has been one of the mainstays in the Creative Department for many years now and is responsible for a lot of DDB's outstanding creative work. Beyond that, he is full of energy and full of ideas.

Our foreign offices, which in 1968 were not showing a profit, turned around last year and are now running in the black. We have just opened a Paris office and we are projecting black figures for our first year, and even greater profitability for our total operation in 1970.
Guiding this operation now is Ed Russell, who was made President of DDB International last May. Despite the fact that Ed is only 44, he has been one of our mainstays for the last 17 years. We would project considerable growth and profitability in the years to come from our overseas divisions.

There is one other aspect of DDB's profitability that we have mentioned in previous meetings with our stockholders. And that is our acquisition program. As you know, we publicly announced a year ago that we were actively embarked on a program to diversify our company and to build other profit centers into DDB, which would benefit from our marketing expertise. We have defined the companies that we are looking for as "under marketed properties."

In the past year we have acquired our own TV commercial studio. We call it The Directors' Studio and we have set it up as a second subsidiary, along with Promotion Plus, our sales promotion arm. We expect both of these operations to be profit center sin their own right.

Concerning outside properties, DDS has evaluated more than 70 in the last year. We have several of these currently under active consideration and study. To emphasize the seriousness of our intent, we have brought a top financial talent to DDS. As of the first of the year, Jim Madden has joined us as Senior Vice President in charge of Acquisitions.
He comes to us from the well-known firm of Schroder Rockefeller where he was President for 10 years. We are confident not only that Jim will bring us a wide selection of opportunities for consideration, but that his judgment and financial expertise will enable us to move forward in this area on a very positive basis in the immediate future.

That's about the story for DDS as we see it today. You have noted a profitable year in 1969. We are projecting continued
progress in this area and we are confident that we will achieve that goal as long as we can keep our other goal firmly in mind and, of course, I am talking about DDS's long commitment to a better product. 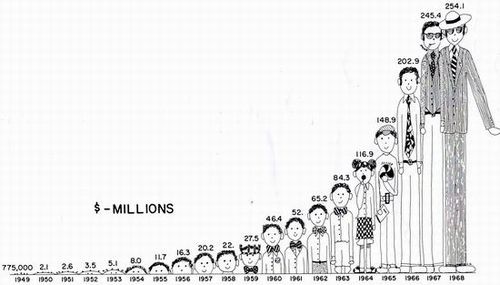