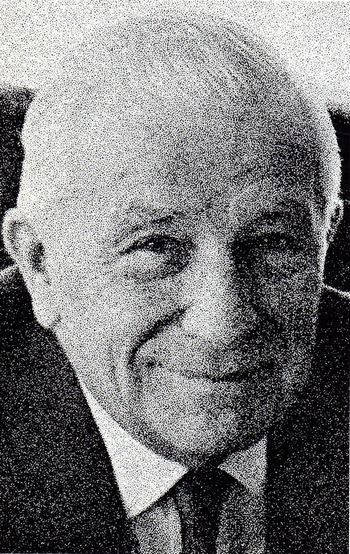 A Conversation
with
Ned Doyle

Founder and the former person in charge of account Dept.
(retired in 1969)


INTERVIEWER: You were the catalyst. It was all your fault.

DOYLE: Yes, it was all my fault.
You see, when Bill and I decided we would like to form an agency, we figured that we ought to have with us somebody who had either been in an agency, or who had the ability to do the internal management of an agency.
Mac had been my promotion manager at Look Magazine, and I'd kept track of him when he opened his own agency.
He had only met Bill twice.
I knew Bill well from having worked with him four or five years at Grey.
I told him he could take my word that he and Mac would get along well.

INTERVIEWER: And the rest, as they say, is history. Were you trying to put together a particular kind of agency?

DOYLE: I think what Mac told you-that we wanted it to be
the kind of place where we would like to work-comes closest to
it. We wanted to set up an agency with principles we could believe in.

INTERVIEWER: Would you expand on those principles?

: To be perfectly honest with the client.
To give him the work we think he should have, provided it fits his goal.
To be the experts in how to present the product to the public.
Not to wonder what the client's wife is going to say about the advertising.
To have an honest viewpoint.

INTERVIEWER: Was that being done anywhere, at that time?

DOYLE: Yes, I think it had been done. The early days of Y&R-when Ray Rubicam was there, and Whittier, and Tony Geoghagan, all the founders-were like that; the agency was based on those same principles. As a space salesman, I was exposed to their views and knew they would work. And that's where the idea came from.

INTERVIEWER: From the beginning of DDS, then, the role of the account man was obviously different than in most other agencies.

DOYLE: I think so, yes. Because we set out to give the advertiser what we thought he needed. I'll tell you about one early example.
Fred Cole of the Cole of California company called us in because he'd run into trouble with another agency.
He had a swim suit with animals on it-lions, tigers, and so on.
He called it The Animal Kingdom.
Bernbach took a look and renamed it "The Female Animal."
And we did some great ads.
Mac and I took them to Fred one day around 4 o'clock.
Present was the woman sales manager, who said, "Can't you sell bathing suits without sex?" Fred was a little worried too, and asked if we couldn't do something different.
I said, "Of course we can do something different, but we're not going to, because we think this is right. You're not going to get something else from us because you can't tell me what's wrong with this. If we've said something wrong about the suits, we'll change it, but there's nothing wrong with the visual or the name idea."
We argued until 8:30 o'clock and he finally okayed it.
It became the most successful promotion Cole had ever run, and when it was over Fred said, "Well, I guess sex isn't so bad after all."

So that was our attitude, if we thought we were right.
Now that doesn't mean we've ever been arbitrary, which is something the younger account men have to learn.
You can't just say, "This is it, take it or leave it."
We've never done that.
We fought if we thought we were right.
But if the client said the ad was wrong because of X or Y or Z, we immediately took it back.

INTERVIEWER: Have the account men here had to be of different character than at other agencies?

DOYLE: Very definitely.
I've seen account men come in from different agencies, and until they learn their way around here, they can be in trouble.
Because our account men represent the agency's advertising philosophy much more closely than at other agencies.
There comes a time in some other agencies when the account men are told, "Get the campaign okayed.
Give the client what he wants." We don't believe in that approach−and in the long run the client respects our views.
And as a result of our approach, the account man has to do a tremendous job.
He has to have the respect of the creative people so that they believe in what he says.
He has to be thoroughly indoctrinated in the product, its competition, and its purposes.
Then he has to take the creative work to the client and explain the reasoning behind the campaign. And altogether' it's not an easy job.

INTERVIEWER: Are a lot of them battered down as a result?

DOYLE: They look pretty healthy to me.
I think it's a great stimulation to them.
Because they are very definitely a part of the operation.
They're not just peddling back and forth.

INTERVIEWER: Then how come we never seem to rid Madison Avenue of the idea that account men are messenger boys for the creative people at DDB?

DOYLE: You're right that they think that.
But they are so wrong.

Account men at DDB have to know more and do more at DDB than at any other agency.
And I do think that the quality of account men here is higher than in most agencies.

INTERVIEWER: Was it tough at first to find clients who accepted the DDB approach?

DOYLE: Obviously it was tough. But after every Ohrbach's campaign, spring and fall, we would get two or three calls from people who wanted to see us. They came because they felt some rapport with that kind of advertising. 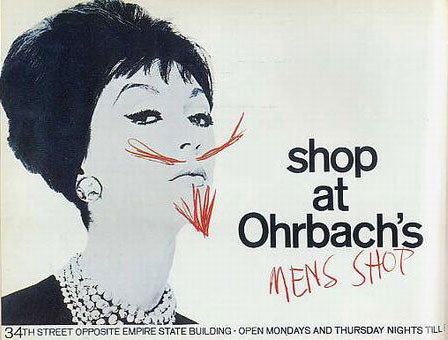 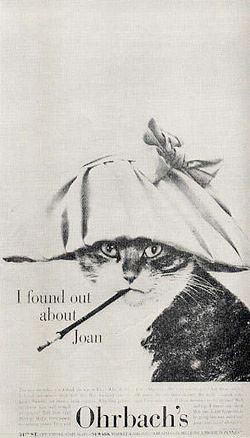 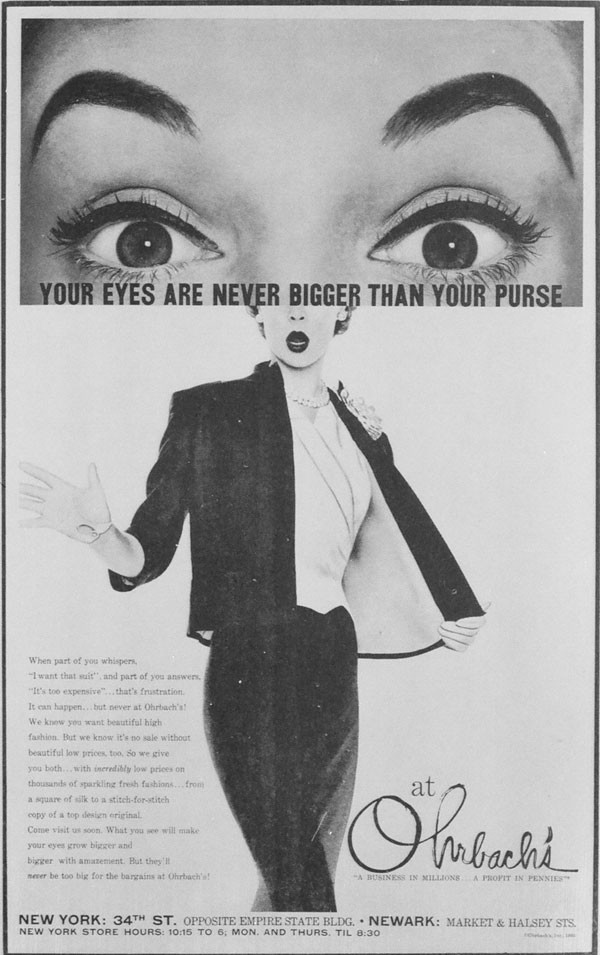 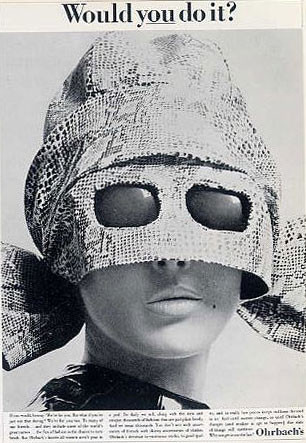 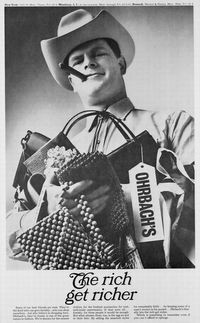 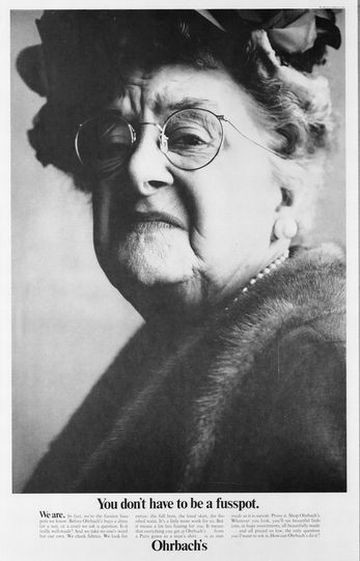 DOYLE: This is too speculative, but I'll say it anyhow.
Sometimes it's merely a matter of chemistry between the people involved.
It can happen even when the work is good.

INTERVIEWER: All right, some few have gone, but most have stayed.
Did you ever imagine we'd get this big?

INTERVIEWER: For years, it was common to hear people say DDB was great at advertising for unique products-such as VW and Polaroid, etc.-but could the agency sell package goods?
Obviously it takes more than just great advertising to be successful in selling package goods. What about DDB and those other functions?

DOYLE: Some package goods, of course, have little point of difference.
And this is what makes it really tough.
But you take Phase III-it had something to say.
It was the first cream and deodorant soap together.
And it's a success.
And we helped.
Cracker Jack has been an advertising success-the sales rise when· ever the advertising is placed in a market.

Heinz Ketchup has been a terrific success.
Bernbach and I had what was called The Black Book, which was merely a collection of ads we had done for all our own clients.
It was our presentation to prospects-our track record, so to speak.
It started out with Ohrbach's, and went on and on and on, how great we were, with Bernbach giving the philosophy.
When Joe Daly took over the new business area, he changed the book to emphasize our success in package goods.
It's a very, very impressive presentation-the package goods we handle and what we have accomplished.

We are known for our creative work, and we want that never to change.
We want advertisers to feel that when they come to DDB they get the greatest creative work.
But we also would like to have them know that they get similar performance in marketing,
in research, in media buying.
That's part of the package for an advertiser. He wants great creative work, but he has to have the other services.
Pet cavage has been complimented by some of our biggest advertisers as running a media department that is superior to the media departments of all their other agencies.
At lass in Marketing has done superb work.
And I know Allan Greenberg is losing his hair defending us from the kind of copy testing which won't prove anything.

INTERVIEWER: It's easy to show a potential client that we do good ads. How do you prove our effectiveness in these other areas?

DOYLE: Well, it's pretty hard to make a presentation to prove it.
But what we say is, "Check our clients to find out what we do in addition to creative work." And when they do, we most often come out with the business.

Mr.D who one of the founders tomorrow ---A conversation with Mr.Mac Dane.