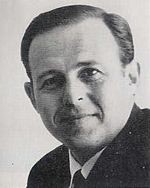 Q; When did you come to write copy for Volkswagen?

Levenson; Well, I came to Doyle Dane Bernbach in 1959.
We got the account in 1959 and I started to work on it in the sales promotion department in that year.
A year later I started to write the national ads for it and I did that for about five years.

Q; Please name one of your favorite Volkswagen ads.

Levenson; I do not know that a favorite Volkswagen ads.
They are all my favorite. but there are some that I like better than others.
"33 years later he got the bug" is one that I am particulearly fond of. 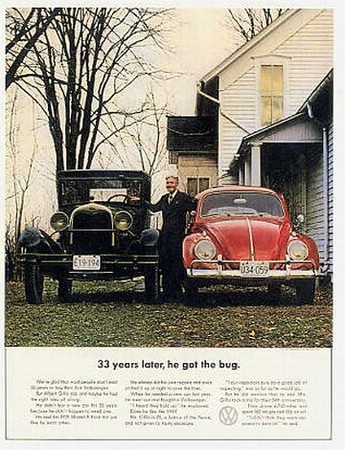 The newspaper ad that said "Save Water" when we had a drought in New York was a particularly timely one. I guess those are two of my favorite at the moment. 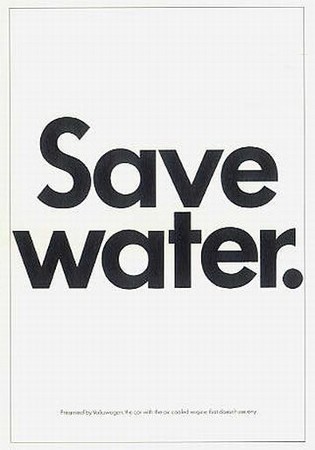 Levenson; Well, this is quite a question. I don't think Doyle Dane Bernbach invented the idea of people working together to make ads.
I think probably what we do was to make it a system, particually a requirement of a way of working because two are better than one.
Bill Bernbach, Bob Gage and Phyllis Robinson, who were the first creative people at the agency when it was first opened, worked that way. It seems that a lot of American advertising agencies do it now.

Q; Do you have difficulty sometimes？

Levenson; Of couse we do. Two are better than one. But occasionally people do disagree with each
other. Often it gets ironed out between the two people.
Occasionally it does not. We have supervisors and we have Bob Gage who, as creative directoe, can help us. It just doesn't to that.

Q; I think there are many agencies in the United States that imitate the art-copy session.

Levenson; Yes, a great many of them imitate, if that is the word. Let us not say imitate, let us say work the same way that we work. It is really not such an imitation.

Q; Then most of the ads in the United States come to have the look of Doyle Dane Bernbach.

Levenson; I do not think that has anything in the world to do with it.
There is no such thing as a Doyle Dane Bernbach look.
If you look at a Volkswagen ad, an Avis ad, a Mobil ad, a Polaroid ad, you would never dream that all those ads came from the same agency or that the same people worked on them.
Sometimes, the people overlap. Helmut Krone, for example, was the art director on Avis and on Volkswagen.